Are there any plans on allowing inFuse on the iPad to be able to play media accessed via SMB in the way that other players such as nPlayer and oPlayer (and inFuse on the ATV2) allow?

I have most of my media sitting on a NAS and I want to be able to play it without having to first use a PC/Mac to first transfer the media to the iPad.

Yes, NAS streaming (including SMB) is in the works and should be ready in early Fall.

In a nutshell, the reason for the delay is that with Infuse for Apple TV we're using Samba (which is licensed under the GPL) as an external library. However, in the App Store external libraries like this are not allowed, so we've had to work to setup an alternate option in order to stay license compliant. 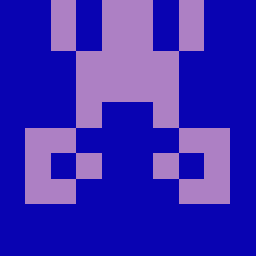 IMHO streaming from a NAS, whatever the solution and protocal used is an essential addition. I havent downloaded infuse for iOS yet, but this one feature would make me get it immediately. Not that i wish to see ATVflash killed off, but the future of ATV jailbreaking seems more bleak than it used to, especially untethered. Add, iOS7 into the mix, Apple TV 3 and rumours ot more ATV updates and channels.

Personally, all i use ATVflash for is the media player app (now cunningly renames 'Infuse') I woud happily forgoe the pain of jailbreaking and stream media directly from my NAS via my iPad or iPhone direct to my ATV. The fact that you can now airplay in the background makes it an even more interesting proposisiton.

This would also mean that I could keep my ATV bang up to date with every software release, and get every noew feature, which seem to be coming quite frequently of late.

Sure, this could impact sales of ATVflash, but with the state of the current unbreakable ATV3 model, maybe the future is in Infuse?

Get these two issues right and you're onto a winner.