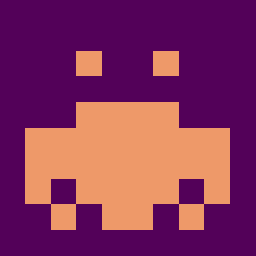 There is an option that still does not have the new version 6 and that is very annoying.

When you select "Recently Added"

This shouldn't be so annoying.

For example if I add new chapters today of several series and one of them add a full season will only appear as recently added a series because it has a stop and being the full season the program shows it as one.

The best option would be to show everything complete but in order of recently added so we could see the library in order of additives.

It Is Much more comfortable you can navigate in order of the last added to the end.

Or that the recently added show many more entries.

I started today two full seasons of a series and loose chapters of several series and recently added only shows me the entire series as if I had only added a single series.

I Don't know if I'll explain.

If you want to view a list of everything, but have it sorted by date (newest items first) this can be done by adjusting the 'Sort by' option found in Settings.

I'Ve Been using infuse and other programs for years.

It is Not the same recently added that appear in order that I put them in the movie folder.

And by date Apareen in another order the creation date that is not the same as added.

It'S very simple you should let them in recently added appear all in that order.

Now there are only about 15 movies and the same in series.

If I introduce 15 new series but one of them has 15 chapters will only appear in recently added a series is very frustrating.

It'S a very easy option to add to the program.

Any application has it.

But when my kids want to see a new movie they put DSvideo or plex first to see what's new added because it shows everything and then handrail to infuse to see the chosen one.

I Do I added a lot more series of new series today but only shows the capture because they bring many new chapters and not show the other series to show a 10 more than I added today.Not understand why you only have to show only 15 last added, which shows more does not affect anything and improves the experience.

This capture is Infuse 5 Pro is same Infuse 6 The recently added filter has to be one of my top remaining qualms with Infuse. I’m with OP on this. Recently added should just be everything sorted by date added, especially when seen from the home screen.

So often I will add tonnes of content at once, and more often than not I’ll see maybe one poster on that whole line because it’s a TV show with dozens of files. If a limit is needed to speed things up, it should be made much higher.

Like OP mentioned, this is done by all of the competition, and pecking down into obscure settings to change the sort of one’s entire collection is thoroughly annoying.

This is a filter that is meant to improve discovery, but more often than not I’ve got one or two posters included and dozens of things excluded.

I’m certain there’s another suggestion for this with more votes, and if there is, please link to it. UPVOTE 1000 this!
How in the world does a " Recently Added" doesn't sort by date? " Recent " is a time related word, so it should be sorted by date.
Please fix this, it's so anoying, plus it's not a hard update to do....
Thank you