Bandwidth limit with a Plex server 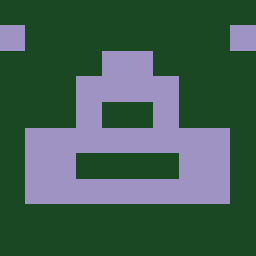 I have been using Infuse for almost a year and I decided to set up a Plex server in order to gain storage and simplify access to content...
I noticed that it was difficult for me to watch movies in 4K and some REMUX 1080p. During the launch of the film, I have many "buffering" that disturbs the smooth running of the film

Network
I use an Apple TV 4K connected in RJ45 to my box, I have a fiber subscription with 300mbps symmetrical, by making speedtests, I have the speed for which I pay my subscription.
I performed some iperf testing from my MacBook Pro to my Plex server (a dedicated server), I also have the 300Mbps in symmetric.
I came to the conclusion that the network part does not seem to be a problem.

Hard disk
So I did some writing and reading tests on the server, I thought maybe the hard disk was a little tired.
With the following two commands:
$ hdparm -t -T /dev/sda
and
dd if=/dev/zero of=/tmp/test.data bs=1M count=1024 conv=fdatasync

I come to the same conclusion as for the network...

During a test, for no good reason, I decide to use infuse on my iPhone X and use Airplay to watch movie via the TV.
And now, miracle! It works.
With an iPhone connected to Wifi I am able to watch REMUX 1080p and 4K movies.... despite some image jumps for the 4K, the movies can be watched

On the Plex side, I had to decide to watch bandwidth information when running a movie on my Apple TV or iPhone....

For the same movies, we can see that the phone uses, on average, 80mpbs and that the Apple TV uses 30mpbs...
Can this "limitation" on the Apple TV side be the cause of my buffering?

Is this limit known to Infuse?

Have other people ever had this problem?

Thanks for your help

Welcome to the forum!

As a quick test, can you connect your Apple TV to the same Wi-Fi network that your iPhone is using, and see if you notice any difference>

First of all, thanks for your answer !
I performed the test through a Wifi network and... right, it's work.

Question about it, when I performed speed test with a ethernet cable, I had 300Mbps... and infuse works well when I am using infuse with a NAS in my private Network connected to an another switch. (2 switch : one for Apple TV, PS4 and TV and second for NAS)

I will perform other test to understand why, I will focus my investigation on my switch allow me to connect my Apple TV and my access provider equipment.

Thanks for your help and I will post my 1st conclusion about my test.
Hope that can be help other user. Any reason for using two switches? Are you using multiple vlans? You’ll usually get better performance if all the traffic is handled on the same switch.

Any reason for using two switches? Are you using multiple vlans? You’ll usually get better performance if all the traffic is handled on the same switch.

Due to a patch bay in the entrance of the house. I used one port for my office, where my NAS, computer,... were connected and another port for my living room where my Apple TV, TV, PS4 are connecting.
But now, just one switch is using, for my living room... but I think, the problem come from it. At the moment, all the equipment uses Wifi connectivity and works well.