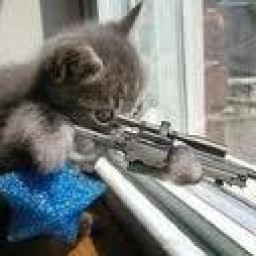 I recently purchased Infuse Pro, and my intention is to buy an Apple TV to directly stream movies (with the Infuse tvOS app) from my Google Drive.
Anyhow, since I don't have an Apple TV yet, I tested things out tonight by using the Infuse iOS app to stream a movie from Google Drive, which was then Airplay'ed to my Samsung TV.

Despite my fears of poor network performance (the file size of the movie was around ~11GB, and both my running-low-on-storage iPhone and Samsung TV are connected wirelessly), everything worked fine... except for one thing: the subtitles. Initially, they were shown correctly, but after a while there were moments during the movie in which the subtitles completely disappeared, only to come back after ~10-20seconds. Towards the end of the movie, this happened more frequently than not, and most conversations did not have any subtitles. I tried different subtitle files and also downloaded subtitles from the Infuse app itself, but got the same results. After the movie was finished, I watched a small part of it again locally on my iPhone (as in: not using Airplay to TV, but still streaming from Google Drive) and it appears that the problem did not occur then (although I only tested for a few minutes of course; also, this is the first movie I'm watching through Infuse, I'm not sure how general this situation is).

Is this a known issue with either Google Drive and/or Airplay?
Or did I miss something that I should have configured differently?

Welcome to the forum!

As a quick test, you might try downloading subs from within Infuse (via OpenSubtitles) and using those, and see if the same issue is present.

I tried with both an .srt file I had downloaded beforehand, as well as the subtitles downloaded through Infuse (via OpenSubtitles).
In both cases, the results were the same ...

Can you try playing a file which is stored locally on your device to see if the same issue is present?

We also have a major 6.3 release coming next week, which has a number of improvements and may be worth trying.