Happy Friday! Fridays are always a good time for progress updates so read on to see what we've been up to over the past few weeks.

We're working fervently to complete a Windows version of Seas0nPass. Assuming no unexpected issues come up this version will be available within the next 1-2 weeks in early February. Like its Mac based counterpart this will also be a freely available, open-source application.

Thanks to some exceptional work from Scott Davilla and the XBMC Team a full version of XBMC is now available for the 2nd gen AppleTV. XBMC acts as a replacement for the AppleTV menus, though you can easily switch back and forth between XBMC and AppleTV whenever you please. With aTV Flash (black) installed, XBMC can be easily downloaded through the Maintenance --> Manage Extras menu.

Over the past few weeks we've spent a bit of time working towards enabling Adobe Flash and determining how usable it would be. Ultimately we did get it working (big thanks to Comex) however the end result was far less than ideal. Videos would load ok, but playback was limited to 1-3 frames per-second which by any standard is pretty awful.

Instead of pursuing Adobe Flash any further we've decided to work towards optimizing HTML5 streaming video, which many popular sites are already using. HTML5 streaming via Couch Surfer has been improved greatly in recent weeks, and we're working towards making it even better.

We're getting closer and closer to making native NAS streaming and video playback a reality. As of today the plan is to make the initial beta version of this feature available within the next 1-2 weeks in early February. Additional features such as cover art, metadata fetching, and full hardware video decoding will be available shortly thereafter.

A few new screenshots are below.

Comments, thoughts and suggestions are welcome below.

Ok new problem, not a big one. I install mainmenuweather, but didn't like it. After uninstall main menu is just black. How can I get everything back? I have restarted lowtide and restarted with tethered boot, but still black.

PS this is fun! Great work on this, really enjoy my ATV2 now.

go to nito install menu(something) once you do this, go to settings- settings modifications or something like, and you will see the menu for main menu add-ons and on allow top grayradian.

That is so great. You people are my heroes. Please release the update soon...

Hi James
Will Vob's be on the codec list?

Sorry, can't locate any part of what you describe.

Can't wait for this to be up and running. I currently use a ATV1 with ATVFlash installed and use NitoTV as my media browser. The HD i use is attached to my Airport. What kind of experience can i expect when I get my ATV2? Will it interact with the ATV1? When I watch a file on one of them, will it be marked watched on the second? I know this will be a stretch, but what are the chances? Thanks. Look forward to seeing this in action.

I would like to congratulate Firecore team on Seas0nPass tool...

The top two priorities for ATV flash according to me would be:

Hi Guys,
Great work as I am enjoying my ATV2 more than ever. However, I'm having a problem installing XBMC. Per Hotlinx's post above, the first command:

I get the error message: E: Malformed line 1 in source list /etc/apt/sources.list.d/plex.list (dist)

I also tried to install through Manage Extras and got the same error message as well as: E: The list of sources could not be read.

Kinda stuck on this one and could use some direction. Once again, thank you all for your AWESOME work and can't wait for NAS!

Yep, VOB is one of our favorites.

We're looking into a few similar issues and hope to have a solution soon.

I have my AppleTV jailbroken.

Having a problem already wiith the Pre-Install checklist.

2. The Apple TV connected to TV and networking. BUT under MOVIES i don't see Top movies.

I just see IN THEATER

Many additional features and niceties will be coming after the initial release.

Thanks. Couch Surfer is still under heavy development as we work to improve many aspects of it.

If you're getting a lot of low memory warnings you can try and switch to the iPad 'user-agent' through the Browser --> Settings menu.

Which version of AppleTV software are you running? How was your AppleTV jailbroken?

Cheers James, keep up the good work... while you are looking at the ATVB , can you see if there are any IP comands avalable for control like the old ATV..

XBMC has caused my atv2 to crash several times.  Only way to get it to work was a complete restore and install.  No more XBMC until firecore is out of beta.  Hopefully will be soon.

Yep, I'm on the old firmware (for non-tethered jailbreak as I dont have a mac) and after installing and successfully using xbmc for a few hours the atv restarted and now doesn't boot so I'm hoping I can do a firmware restore and start again...!

Anyone have a solution?  Please and thanks

What is needed is Adobe Flash AirPlay streaming to Apple TV -- THEN WE DON'T NEED FLASH ON APPLE TV!

Thanks for this update on your work progress. It has been 1 month that my Apple TV runs your software and works almost OK.

Question about "[...] HTML5 streaming via Couch Surfer has been improved greatly in recent weeks, and we're working towards making it even better [...]"

I have tried many HTML5 Websites and very few are working OK / gets loaded, even changing the User Agent to iPad

- First major example is Dailymotion (main youtube competitor in Europe). Dailymotion has a HTML5 instance for their website (www.dailymotion.com/html5) but video never starts with Couch Surfer (while OK with Chrome or Firefox on my laptop)

- Another example are the Mozilla Labs HTML5 games (gaming.mozillalabs.com/games/), where none of the games are running OK (all = NOK)

Do you have any idea where the issues may come from ? Any improvements coming soon ?

I thank you for your support,

Are you located outside the US?

If so, you should be ok to proceed as long as In Theater appears in the Movies menu. Just be sure AirPlay is enabled before proceeding. 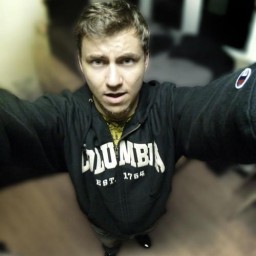 Hi! Is there any plan on enabling VPN on the next upgrade?

Is there anyway to play files along with their subtitles or CC on Plex or XBMC?

Firstly, well done to the team for getting this far. I struggled with tethered boot in earlier versions of season pass, but .8 seems to be working well and I found the atv software very easy to set up.

Has anyone had any luck with the iplayer in the uk? I can access it on my iPhone via the mobile site, however if I navigate to this through couchsurfer the website recognises that it is not a phone. Is there anyway of spoofing the atv2 as a phone? Alternatively is there a way of accessing it through XBMC. Like many, my main reason for getting this software was to get direct access to my NAS (currently doing it via my mac with plex) and to access catch up tv in the uk (iplayer etc)

XBMC loaded and working great and enjoying the new freedom on my ATV2.

Only drama i had was with the tethered boot. Quickly discovered if you plug power cable in with th USB during the 10 sec period and only remove USB and connect HDMI once prompted to on my Imac all was good.

What an easy process.

1. Will the ATV2 build support Boxee.
2. Assuming the above is a 'yes', wiil Pandora be accessible by extension as easily as with Boxee on a full OS?

XBMC is great and all, but so far (I am a newbie at XBMC) it does not seem as intuitive at adding apps/sources. Boxee would be preferred.

Agreed. I think this is important, too. I realize that you (FireCore) said you'd look at it at a later date but I hope that date will be moved up. I do understand that it will take a lot of work and that you'll need to weigh the cost of time of development against the possible loss of future revenue due to a lack of Flash support. While you're doing this weighing, please don't forget to include the wishes of your current users. Thanks.

Hiya great work mate. Can you speed up the PC version of seas0npass. I dont have a mac and my apple tv is still not jailbroken.

Are you planning to include VPN Hotspot Shield?

I'm pretty sure that as long as you can get patched firmware, it is then pretty easy to extract the iBSS file and kernel, and use tethered boot for windows to upload it. It's command line but it is one command. This should work in theory anyway! I'm using seas0npass but this is how I jailbroke and booted before.

Help me please i have a problem with XBMC....Got my Atv Black jailbreaked (os4.1) and installed Firecores Flash on it and all worked perfect. Then i installed Last FM (worked) Couch Surfer(Worked) but when i installed XBMC it installed everything perfectly but when i start XBMC it just restarts the Apple Tv and nothing happens.....Someone got a clue how to fix it ?

Are you working on untethered jailbreak?

I want to use aTV Flash in my hotel in the caribbean, but I cannot go from room to room to boot up those AppleTVs anytime the electricity goes off.

WINDOWS PLEASE!!! Thank you for making this awesome program, if only I could use it

you need to retether it using the computer, because once you disconnect it from a power source, it dies, and you have to retether it. ppen seas0npass and say boot tethered and follow the steps

Nice news for Iphone and Ipad owners but it dosent work with AppleTv.....Just hope that they update Snowbreeze now with the new GP code.....

any one know why my remote wont let me choose a language on apple tv when booting up?

on the language set up screen the remote wont re

Should work fine on all iOS devices.

From the greenpois0n readme:

Same thing last time GP released its jailbreak.....there is no support for AppleTv.

Your right the readme was updated with this support list.

Any chance of an update:)

Just a little while ago, @p0sixninja tweet the following to us.. 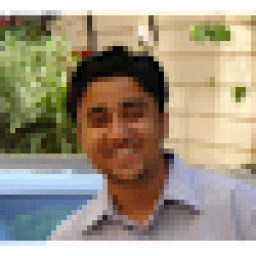