We are pleased to announce the release aTV Flash (black) 1.0 for the 2nd generation AppleTV. aTV Flash (black) supercharges your AppleTV, empowering it to do things you never thought possible! All new features are installed alongside the normal AppleTV features, so things like movie rentals, Netflix, and AirPlay will remain unchanged.

Featured in aTV Flash (black) are tons of exciting new features, including an all-new Media Player, WebKit based browser, Last.fm radio, Weather, RSS feeds and more! Full details and screenshots can be found below, so keep reading.

Expanded media support with all the extras

The new Media Player included in aTV Flash (black) empowers you to go beyond iTunes and play most popular media formats. This includes formats such as: AVI, FLAC, ISO, M2TS, MKV, MP3, MP4, MPEG, MPG, VOB, WMV and many others.

Form and function remain in perfect balance, and you can enjoy all your media through natively styled menus that include simple access to extras such as AC3/DTS sound, subtitles, DVD menus, playlists, and many others.

Cover art and metadata are downloaded automatically and added to your files with an end result of amazing! If you've already taken the time to add your own metadata you can you can use that too.

Surf the web with a native web browser that provides a rich web experience on the AppleTV. Included is support for things like HTML5 music and video streaming as well as easy to use bookmarks and history. Navigating the web is easily done with the included AppleTV remote or the free Remote app for the iPhone and iPad.

Go beyond just listening to music and start truly experiencing it by utilizing the full power of Last.fm. While streaming Last.fm radio (or playing your own music) you'll have access to artist bios, and a seemingly endless amount of artist photos.

Get quick access to weather and RSS news feeds. Your current weather location will be detected automatically, and other locations can be easily added as well.

Outstanding! Where can I get it?

Those who pre-ordered aTV Flash (black) can download the new 1.0 version through the Downloads tab in their account. Note: Those wishing to update from an early version will need to run the 1.0 installer from a Mac or PC.

Details for setting up and using Media Player can be found here.

is it possible to get hulu on here?

Congratulations on the release!

Do beta testers still get it free?

Looking forward to an "untethered" jailbreak.

Do guys have an Android app to control the Media player? Would love to be able to select music songs from my phone.

Is it possible to allow another way of getting to the Watched/Unwatched toggle? If you're using the ATV2 with a universal remote that has separate play/pause buttons, there's no way (that I've found) to access that feature :( ... it works great when I use my ATV2 remote, but I almost never use it ... just a thought! :)

it'd also be AWESOME if we could choose grid view for movies and list view for TV shows, since viewing a series in grid view doesn't (to me, at least) make a lot of sense and it's difficult to tell which episodes you've watched at just a glance ... i guess, technically, i'd prefer the ability to view the season list in list view, but the list of TV shows and the list of seasons for a TV show be listed in grid view, then switch to list view for episodes ... if that makes any sense ;) lol ... great work, though! i'm very close to dumping satellite purely because of your software! :D

Does anyone else here find the way these guys roll out updates confusing as hell? ANd why sometimes can you update by simply updating Maintenance, and this time you apparently have to reinstall or is that even accurate?

When will you guys bring out a hack for 5.0 software?

How can you release 1.0 before an untethered jailbreak is available?? Bad form.

Does Plex work on this version?

Looks great! Any possibility of adding HD or SD tags next to movie and tv names in the future?

Nope, what's confusing about it? You update the software, you get new features.

This is the first release outside of the beta/RC stage so I think it's fairly standard that it would be a fresh install.

No complaints here, keep up the good work!H

i usually do the updates via SSH while I'm at work, which always seems to work great (though you do have to restart the AppleTV process to see the changes) ... but i've done updates through the Maintenance menu, too, and everything's worked exactly as expected ... this one, obviously, is different, so it makes sense ... then again, i'm a software developer, too, so this is just the way i think lol

Are you ever planning to support eyeTV? It's ok if you're not, I'd just like to know so I can look somewhere else. I'm with you Jeff. I have no idea if I need to reinstall the whole thing or if I can just update it directly on aTV. Does anybody know for sure????

Ok, so should I uninstall the previous version before I install this one, or can I just install it over the old one???

it's been broken for a while.

Sorry for the confusion. Version 1.0 must be installed by running the 1.0 install from a Mac or PC. No need to remove or restore anything - just run the 1.0 installer on top of your current setup.

Once 1.0 has been installed, all future updates can be installed directly on the AppleTV through the Maintenance menu.

In other words, it's not possible to update from beta to 1.0 through the Maintenance menu.

We're not currently involved in the development of XBMC.

However, XBMC can be installed through the Maintenance menu on the 4.3 and earlier software versions.

I don't even watch TV, I just like tinkering with TV.

Seriously, looks really good.  Soon we will see if all this jailbraking will work from a virtual machine.

Support for mixing grid and list views is coming soon.

No Android apps at the moment. Sorry.

Is playing from .rar archives implented? If not are you planing for it?

I upgraded mine to latest iOS because I needed the screen-mirror feature.
Would I still be able to jailbreak my aTV2?

1 question some dvd when trying to quit using the menu botton dont quit but they starts buffering again. The only way to quit a dvd is to restart the apple tv which is a luttle annoying as i am using tethered boot. 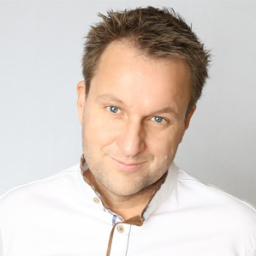 when I go out to the mail menue, it says Evanston

Why do I want to know what weather it is there I dont know! So I must be doing somethng wrong

Is this available to update through the apple tv if you already have the older version installed?

Good job! Thanks. Version 1.0 is an important accomplishment
And to those that are complaining and asking silly questions: Stop your whining already. Firecore (and James) is doing a great job, aTV Flash it's an ongoing project. Features that are not available now might be added in the future.

It's amazing and nobody's happy: http://youtu.be/8r1CZTLk-Gk

No external USB drive support... Not really useful yet.

Is AirPlay mirroring with iPad 2 supported?

The moment you have external drive support I will get rid of my first generation and go get a 2nd.

I keep waiting and hoping.

NOPE I get the same thing. Can't delete the ones listed there either.

Hmm, it sounds like you may be using nitoTV's weather.

The FireCore Weather plugin can be installed through the Maintenance --> Manage Extras menu. Once installed, a new Weather item will be available under the Internet menu.

Yes, as long as you're running AppleTV 4.4 or later AirPlay mirroring is available.