Very cool! Can't wait to try it out when I get home from work! :)

Any chance of getting the movie rating shown in the metadata? It would be a big help to those of us with kids old enough to know what ratings they're allowed to watch (though having aTV Flash support the parental settings would obviously be wonderful in the long run) :)

Yep - the movie's MPAA rating has been added as well. It now appears to the right of the movie title. :)

Actually, ignore my comment about movie rating ... after reloading metadata for my movies, the rating now shows up!! WONDERFUL! :)

When will subtitle support for mkv's be added?
Plex does play it but Media player doesn't.
Would really like to have that so I can use media player only.

Are embedded .SRT subtitles supported in this release? thanks

OK....maybe I'm just missing something, but I can't figure out where to download this from? My account only points to the Beta6 version....

What about embedded subs in MKVs? You said it was on its way. I really can't live without that feature. 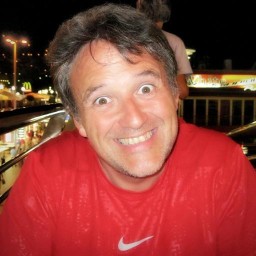 Please, please, please... is there anyway you can put manual controls over the ATV's screen resolution into the next update? The ATV auto detects the resolution of the screen attached but defaults to 480p when the HDMI is routed through an amplifier, which is pretty much the case in most home cinema setups. Apple consider this a feature, I consider it a pain in the ass.

What's the latest firmware of the ATV that this can be installed on? I mean can the latest iOS 5 betas be jail broken?

What about txt subtitles? They are extremly popular in my country :)

Hope that subtitles in m4v-files are supported this time?

Does this update contain the ability to scrape metadata for TV Shows also? That's one thing I've been waiting for.

I'm putting this up once more:
please add last.fm streaming support for more countries, like The Netherlands :-)

The very reason I bought the software...

Can you get apple tv remote to control volume please. Please?

I agree with Jesse. In my setup (Onkyo amp to Vizio TV), it always appears to have a 720p resolution (when ATV2+ Flash is the source) w/out any manual adjustments. I believe when I setup the Onkyo, I had to set the source to 'pass through'. Perhaps that's all you need.

This looks like an impressive list of improvements. Can't wait to get home and try them out. 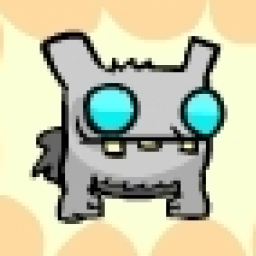 Can someone explain these two points please

Looks great. Thanks for the update.

Does the new media player support playlists or is there a way to add different albums/artists to the mix (if they're in different folders)?

Not yet, but that is coming soon.

The latest public AppleTV software is 4.3. AppleTV betas are not supported.

Please add VPN pptp option, with domain option not just the ip address. Some VPNs use only allow the use of domain name in the login configuration and do not allow us to use their ip address. Thanks.

Still on the way...hang in there.

Not yet, but they will be available soon.

Would it be possible for a future version to make a seperate Music menu, linking to a sub folder on Mac or Nas? With the possibility to browse this based on ID3tags?
This would really be a killer feature.

Some fancier options will be available in a future version.

I'd love to see an audio level out control.

Hi Firecore..know i really begin to be proud of your updates/new versions with all the great and useful features. I REALLLY hope on behalf of myself and ALL the other people around the world, that you WILL CONTINUE make the ATV Flash better with more great features, it makes the Apple TV unit so freakin cool and so much greater than the XBMC, Plex and others! Regards...Leon from Denmark Europe

In the current version you can setup a 'Favorite' which is basically a shortcut to a folder on a Mac, PC or NAS drive.

More details on setting up Favorites can be found here: http://support.firecore.com/entries/20322512-m...

Thanks for your kind words.

Can you please consider making the Surfer Pro view and run the FLASH video that a lot of web sites utilize. ie. "Letmewatchthis.com". So we can stream Movies.

This enables Media Player to display metadata in the language that matches your AppleTV Settings. IE if your AppleTV is set to use Spanish, Spanish metadata (if available) will be downloaded for your files instead of English.

Some people already have cover art for their movies, so this feature allows them to use their existing cover art. Just place an image file (with the same name) in the same location as the movie you wish to pair it with. EG Inception.jpg and Inception.mp4

We'd love to, but right now we're limited in the countries we can stream music to. Sorry. :(

Not yet sorry, but they are coming soon.

Unfortunately installing this is a pain in the rear. Setting it up is even more complicated. Most of the features don't work as advertised.
Once they make the setup and features configurable for your average user then it will be awesome. However right now it acts just like what you would expect from jail broken software which is not very good at all and hard to setup and use.

We'd be more than happy to help resolve any trouble you're running into.

Just let us know what we can do to help. http://firecore.com/contact

Awesome. Glad to hear you're enjoying it.

Spotify on next update ;)
at least Spotify premium

here here! best $20 i spent ... just under $120 total (bought mine refurbished) for the smallest and slickest HTPC i've ever run! i don't even want to think how much i spent on my old one (built from scratch and probably 20x larger, not to mention power consumption!)