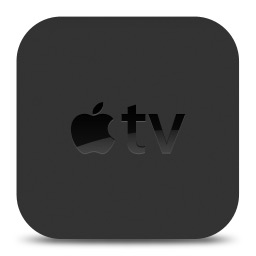 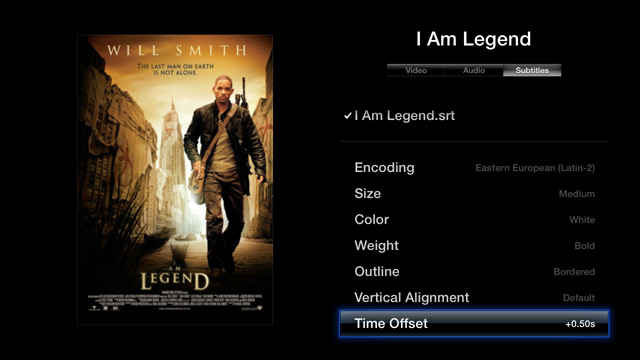 i have the same problem.  actually my problem is that all my folders with only a single tv show dont get put in alphabetical order. they all appear at the end of all my shows, regsardless of their first letter... weird...

I have jail broken with season pass.

Version 1.5 has encountered a problem and needs to close.  We are sorry for the inconvenience.

it's impossible to install into tv from maintenance error log :

"E: dkpg was interrupted you must install manually run dpkg--configure -a' to correct the problem"

How I can solve ? If Install Nito tv from terminal , my ATV2 reboot every 5 seconds

I am told that the version of aTV Flash that I am getting is not the black version even though that is what I paid 39.95 for. The version that I have keeps asking for a thumb drive, which I am told is for the silver version. I have aTV 2. How do I download the correct version? Thanks.

I found out that I paid for the wrong program, that is why there is only the aTV Flash link on my download page.

I've updated to aTV Flash 1.5 on my ATV2 Black - it shows in the about section as 1.5 and the installer completed successfully, however all the menus and features are still the same as if still on 1.2, even after reboots? Any suggestions? 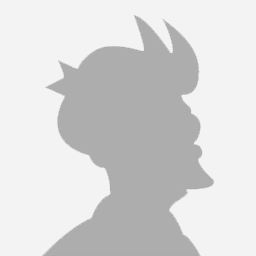 Any idea on what to do?  I already reinstalled iTunes, restored ATv on iOS5 via iTunes but no way, it doesn't appear under devices.

Thx for your help.

I also have this problem,I installed on the jailbreak4.4.4., also the buffering on the VIDEO_TS/VOB is still not solved,

When I convert the VIDEO_TS/VOB with Handbrake to Apple iTunes,than the streaming is not interrupted by buffering.

But it takes 2 hours to convert, therefore I buy ATVFlash to avoid this ,but buffering is irritates me immensely!

For me it was the same problem, I have paid for the wrong version ! I told this to the guys from firecore and I  got the money back without any problems ! Then I pay for the right version and all was o.K.  This is an excellent customer service !:D

I got the same problem

Im having the same problem. I've tried to install on more than one computer and it doesn't show up in the drop down box. I've tried over wireless and connected, still nothing. I've now paid $40 for a program I can't install. I'm not very happy. I've gone through most of the router settings as well as firewall and anti virus and still nothing. I'd really appreciate some help or a way I can ssh the program onto the atv usings a windows 7 pc. Cheers

Let me ask a direct question.The PLEX works or not with aTV Flash (Black).Plex directly because I wanted to use the apple tv2If it works how to proceed.Or a tutorialthank you

Hello, we updated out atv 2 with the latested update 5.0.1, now I can't seem to put this jailbreak 5.0 on. Am I going to have to wait for another update from you. Thanks

I am having the same issue.
After may attempts, I am still being presented with the iTunes and USB connector, each time I connect the ATV after a jailbreak using the latest Seas0nPass.

works a treat apart from certain mkv/ mp4 files,if they dont work just convert with handbrake,occasionally you have to clear the cache file by ssh as it bogs the hard drive down with temp files but quite easy to do once you know how to get to the folder.

I have never had an issue installing net framework X on any device capable of using it. If it is in a zip file, make sure you use whatever extraction tool to extract the progam and then try and install it. Make sure you got it from a trusted source http://msdn.microsoft.com/en-us/netframework/aa569263 should be a valid place to download it. Plus the button there states "install", I don't think you actually need to download it. I would just select that and let microsoft do the work. Make sure you have any virus protection off (make sure what you are installing isn't a virus) and firewalls.

Make sure your not a Mac.

Thanks will have a go the weekend, let you know how i get on...

Now up and running, brilliant, i had to delete widows downloader programme, then installed net framework 4.

many thanks for the help.
Mark.

its not working! :( i have fircore icon but its on setting i cant see the browse or xbmc :( what can i do!? pless send me email for fix this problem!

I hope the untethering solution appears sooner than later. I've gone through 3 tethered processes, all of them fail with an iTunes logo after only 1 or 2 days of use. Patiently waiting since joining — 10 weeks now. Thanks

trying to install version 1.5.1, but without any success. Installer stucks on "transmitting data".

what can i do? anyone experiencing the same after using untethered seas0npass?

the jb seems to be worked out. i can see fc logo.

interesting! it seems that transmitting data process takes more time as usual. i left it spinning in the background and finally got a confirmation stating that the process has finished. it indeed works!! :D

My atv flash black 1.5 doesnt work
i got the information that im not connected to the internet or my version is to old but it is 1.5
who can help me??

Does anyone know why aTV Flash Black 1.5 is not working on my apple tv2 with SeasonPass 5.0.1 ?

I have the same problem. Please provide a solution if u have one.

Hello you must stop the Bonjour Service in Task Manager and enter the ip manualy in ATV2 Flash. 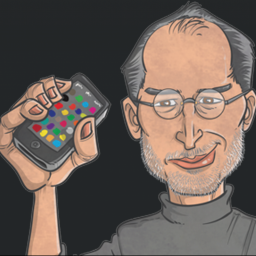 can someone please tell me how we do this as it seems i am having the same problem.... Update....  Got it to work by unplugging the USB cable and plugging the cable back in while the indicator was spinning with the Transferring Files... message. This did the trick and everything is working now.

the first try was with mac, no chance to install the 1.5 upgrade. than i tried the same procedure with my win7 laptop and all goes well!!! Btw.,

Seas0nPass 5.0.1 works perfect!! Thank you guys for your support!!!

Hi, I cannot update to ios5 (have ATV2), do I need to reset ATV before upgrade to ios5 is possible?

I purchased ATV Flash Black a while ago having problems get download links. They do not show under my account download section. Does anybody know what i'm doing wrong?

installed Eden ns tv 1.5.1, seem to be missing alot of he addos like navi as anyone else encountered this problem?

How the hell i find the subtitles? I've installed the last version of aTV but I do not find how to activate the subtitles for a film.

Very useful, thanks MrAnderson
How did you get on using iPlayer overseas?
I'm thinking of getting an atv, but using iPlayer from the US is a must-have

Atv flash is not anywhere near XBMC and Niti TV. Waste of money. Last tv flash update broke my atv2 and I had to retore it from iTunes.
This is a lot of rubbish, considering that XBMC is free

I'm thinking about streaming hulu+ on my ATV2 outside of US. Has anyone tried Unotelly for Hulu +? What about the XBMC addon from Bluecop? Still works?

James bought the download this week for app tv gen one. Xbmc will not load dharma or Eden
I keep getting script error 126 when trying to download
Please help!!!!!!!!!!