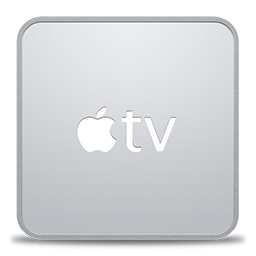 aTV Flash 4.5 for the 1st generation (silver) Apple TV is now available. Version 4.5 includes support for OS X 10.8 (Mountain Lion) as well as a handful of general improvements and fixes. We're also still working on a number of additional features for the 1st gen models and plan to have additional updates available soon.

Great! Where can I get it?

Version 4.5 is available through the Downloads tab in your account. If you're already running aTV Flash on your Apple TV you can update through the Maintenance --> Manage Plugins menu.

You guys are doing a great Job!  I am trying to update the hardware on my ATV1.  I bought a Broadcom HD video card which should considerably enhance resolution on my ATV1 and I plan on upgrading the hard drive to a larger capacity as well.   You see, I am a full ATV1 fanatic and Firecore rocks!  If I could upgrade the processor and RAM I would.....   I DO NOT like the ATV2....

Thanks for supporting ATV 1.  The update makes me feel more comfortable with my purchase of a lifetime account and shows that you will be taking care of longer term customers.  Thanks!

Is there anyway you can post what you are working on for future updates for ATV1?   Thx!

NIce that you don't forget the first users of aTV its running always good with my full HD samsung TV, i instal today the new version of aTV 4.5 great job Thanks a lot!!!

It's good to know that you haven't forgotten the ATV1 users. Thanks!

Would you please provide the details of the video card upgrade? Sounds interesting!

Another request for Netflix here!!!! Please!!!

Full details can be found here.

Wow, thanks for not forgetting us ATV1 users...

Will be installing this on my system this weekend.

Please add Netflix, I do not like playing it on my Wii o Blueray player.... 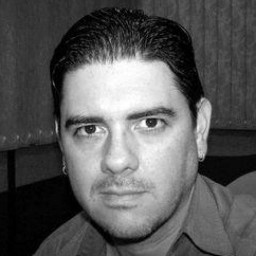 Will install it this weekend....

It's fine to get support for the old ATV, because I don't want to throw away my old Commodore monitor, which only has composite in.

thank you for the update

should it be possible to mirror from mountain lion to the atv with this update since i cannot manage?

I thought I needed to update my Apple TV software because of the mail I received from FireCore saying TV Flash 4.5. When I have gone into my Apple Tv i find I am running 4.3 and when I try to update it tells me it is up to date. My main machine is running Mountain Leopard and my Apple TV is a black box. Is it that the update is purely for the original silver machines and how do you get your main desktop to appear via Apple TV please

Unfortunately AirPlay mirroring is not available on the 1st gen Apple TV. Sorry.

is it not possible at all??? I am able to airplay from my iphone 4S and ipad2 onto my 1st Generation Apple TV. I had to install the Remote HD app and it all works smoothly. Why can't I AirPlay from my Mac?

What about Apple TV 3? Is been ages by now of promises and no results...

Was wondering if anything is wrong with the support of .mkv files with the flash media player? I try to play it and it just goes black and the timer skips or locks up, doesn't play anything.

Are the install options gone? I'm building a new usb installer with the 4.5 version and I'm not getting the options to select/deselect sub components. Was this capability removed since previous versions?

I totally agree with you on the preferring ATV1.  My atv2 sits in my basement as a 'just in case'.  It has NEVER shown what atv1 has performance wise.  I don't even care about the hard drive (160g or 140? whichever) i really don't use it....it just seems to handle streaming and xbmc addons so much better.

AWESOME that Firecore is still updating it.  I do understand that updates are less as a lot of the tweaking is out of the way for some time, but its nice to get something time to time to play with and expand its use and clean it up further.

I was putting off trying crystal hd but i think it would top off my happiness withe unit and i bought an extra one as a back up so i can try it out.

I don't care about netflix, but if you could come up with some magical coding that makes it run cooler that would be awesome (jk).

Keep up the good work.  My atv3 awaits some good news in its wrapper, but i really don't need it because of my silver!  It'd just be icing on the cake really (that doesn't mean I won't expect some good news soon : )

Just a question - do you guys keep stats on which device flash is installed on (is that even possible).  Sometimes wonder out of curiosity which device the updates are more desired on.  Maybe poll material?

Does this new version (aTV Flash 4.5 for silver) supports NetFlix?

Does this new version (aTV Flash 4.5 for silver) supports NetFlix?

Holy hell man, can you elaborate on that. I have been all but avoiding mkv files because they don't work. where should I be looking for the 10 versus 8 bit?

I think that Netflix is a lost cause but not because these guys haven't tried.

do you mind elaborating for me on what your experience was like with upgrading the video card? I am gunshy... geoffkennedy@gmail.com

I think I am about to digitally hang myself, but what exactly wasn't working that this version of ATV flash fixed?

Does anyone have a direct link to the DMG file?....I have ATVFLASH 4.4.1 but now that I am trying to create the USB to install ATV FLash on my AppleTV I get an error saying that there is a newer version. I log in with my account but I am still not able to do it. I had to reset all my settings on my ATV after a bad harddrive malfunction...Please someone help me.

After upgrading my iMAC from Snow Leopard to Mountain Lion I cannot get by XBMC to stream. I read that I had
to use NFS so purchased NFS Manager. I can see my iMAC in the Zeroconf browser but it only shows the folder
and I cannot get in.... I also read about the need to change the /System/Library/LaunchDaemons/com.apple.nfsd.plist
file but cannot find this one on my Mac. I also have not read about it on this site so I am wondering if I am looking
in the right direction.... Any advise???

I upgraded to 4.5, now it won't see my usb hard drive. Any suggestions?

With no Boxee, is there a way to play pandora thru some other app?

This happened to me also and I did not receive any help.  I found out that the Combo 10.4 was erased through the latest install.  I took our my aTVFlash thumb drive and went through installing the software again.  The Combo was there so it recognized my USB drive again.  I hope this helps.

I nth the motion... Neflix please!

What happened to boxee????? How can I get XBMC to download subtitles and organize movies and tv shows as boxee did??? How can I install boxee again? 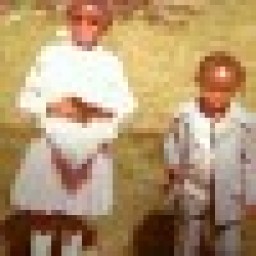 just up dated my apple tv1 how do i get to the active memory management? To clear the cache?

Thanks from me also. Any news on support for HTML5 please? I would love to be able to stream flash from online.

is there any difference between Apple TV OS 3.0.1 and 3,0.2 related to aTV stuff or Radios / Fotos / Apple movies?

Seconded. At the very least, could you remove the "Apple TV 3 update in the works!" message or update it with some new information, such as, "at this moment, we have no news regarding an ATV3 update." That message has been up there since I bought my ATV3 back in March and I almost did buy a license at that moment, but held off. Glad I did, because I would have wasted money on something that seems to have been abandoned.

Yes. But where is BOXEE?

Great that the ATV1 isnt forgotten, but....

having applied this update, the next day my ATV lost track all media, would not re-sync properly (only photos, no movies or music) and I am having to do a factory reset for the 1st time in about 3 years.

after updating when I play music sound is discontinuous after 20-30 sec from the beginning of each track.
Any suggestions? 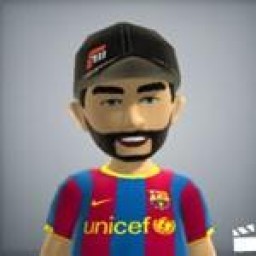