I can't seem to get it to update gone to update maintanance it's days failed " e:\dpkg was interrupted you must manually run 'dkpg -configure to correct the problem.

wow, i want my movies to show up like that. how did you guys get it to look so perfect?

Nice idea to play music without itunes. However, the playlist option only works on the first hierarchy folder level above the music files. This means I would have to disarrange all my music to enable a 'play all' feature. I also miss a shuffle and repeat feature.

That's the pain of developping stuff. In stead of being thankful, people get hungry for more.

Sorry about that guys

What would make the purchase of the ATV Flash (black) easier for me is the ability to use the 2nd gen ATV as an airplay speaker for my 1st gen ATV (that's running ATV Flash).  Is this a capability your development team is looking into or perhaps already in the planning/development phases?

I'm not too impressed with the feature set of the 2nd gen ATV straight out of the box.  I get more use out of my Airport Express, as I'm at least able to stream music to it from my 1st gen ATV's.

Will we ever be able to view HULU? What you have so far is AWSOM, but it would blow everything else away if we could download or view HULU.

Are planing to make support for viewing photos, so we don't need XBMC?

I don´t know if there is a way to request a feature but it would be awesome to get access to google music for those without streaming devices. I really hope this is possible.

I dont know what version your using, but the one I have is easy to use easy to set up and works exactly as advertised, we use it most nights instead of TV.

I make order and paid and I don't recieve a download link.

Also no reply on my support ticket. :(

Is the Netflix have subtitles on this beta?

Still (patiently) waiting for dvd-iso playback.
Is that something your team is working at?

Does Plex now work on the latest Apple TV iOS or do we still need to use the work around that is on the Plex forums to get it working?

Thanks for all the great work!

Thank you very much!!!

Sorry bud but support tickets with these devs don't go to far, they are far to "busy" to answer any questions from anyone. i tend to think they don't care if you're having a problem to tell the truth. but anyway if you purchased it you can go to to account and download it there

Look up HULU on XBMC. It can be done.

Login and go to the account page. Download links should be there. I don't think I ever got an email with links....

Plex still needs an update for the 4.3 AppleTV software.

Yes, but no ETA just yet.

Thanks for the unexpected Music capabilities! It took forever to "load content" probably because my library is large, but it works apparently flawlessly. That's nice. There's still a bit of time between tunes while it downloads metadata.. maybe it can do that pre-emptively in future....

Oh... and of course, one of the biggest asks for itunes library from hippies like me is to be able to stream the i-tunes visualiser.... are you planning to incorporate a visualiser? Oh please say yes!!

Thanks again for your efforts.

Fantastic piece of software that has turned my atv2 into a great piece of kit. Lifetime dates at $50 is a bargain.

Can you add an option to change the subtitle
On screen position?!

I have movies with black bars, and now the
Subtitle is in the movie. I want the subtitle
To position lower so the are in the black bars. 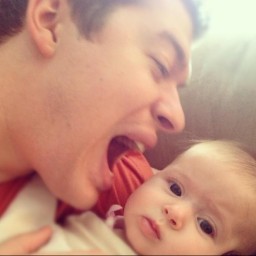 I just wish there was a better way to have the apple TV and XBMC interact.  Having to crash XBMC and have lowtide restart every time I want to leave XBMC sucks.  I know this isnt you, and frankly aTV Flash works exceedingly well.

maybe one day you can get a way for Media Center to take plug-ins like XBMC does so we can run Hulu and Icefilms right from Media Center rather than needing XBMC.  That would be awesome.

Great update!!! Thanks for added support for music file, this is what I'm waiting for. Hopefully embedded subtitle also available for next update.

aTV flash make my AppleTV more powerful !!!! Thanks for your great job.

You can adjust the size, color and outline type but not the actual placement.

These various subtitle options can be found in the playback menu (press/hold select during video playback).

What about resuming a movie played from Media Player?  When we rip a (full or movie-only) DVD into the system it would be super nice to be able to resume it later if say we needed to leave or stopped to have a meal.  Something resembling the Netflix resume feature...

So, to Install this i only need to do those two updates ?

Ps.
I will probably not buy the full version after one year, I don't like how you put all your power in "Media player" (witch i don't use)
The statement you were working on "Much, much more..." features.

Excellent! One thing though - I see .dvdmedia extensions are still visible...

So this doesn't scrape TV metadata yet, but otherwise how well does it work w/ TV shows divided into folders?

Can you open up a 'Dexter' folder w/ a 'Season 1' subfolder and then hit play on the episode you want?

Additionally, how does the 'frequently watched' section at the top of the main screen apply to TV shows? In an ideal world you could just resume the episode you were watching partially, or if you finished it (minues credits) it'll move on to the next one...

Is this something it can do now, or should I wait?

How about DVD playback with Remote Disc sharing capabilities? Any plan to add something like that?

Since Apple is giving up on physical media I don't think we can expect it from them any time soon.

Thanks for the update.

Once slight concern. I know you updated how the Movie Meta-Data works. However, for me this update is not for the better. Movies that could be found before are no longer found. I have to make sure every file name is exact before the meta data works.

It will play virtually any file you point it at, though support for downloading additional information (cover art, episode name, episode synopsis, etc...) for TV Shows is not yet available.

The Recently watched section will show all recently played videos on the AppleTV (not just movies) though for TV Shows you will have a generated thumbnail instead of actual cover art.

Resuming where you left off is supported for most files.

I have metadata inside my mp4 and m4v files. With the cover art, basic synopsis, year produced etc.
Will Media Player now be able to pick up that metadata?
My Macs are able to see it in Finder, and in icon view in finder it displays them as their cover art.

Better support for correcting wrong metadata will be available is coming soon.

Will there be support in the future for http streaming? I often use xbmc to stream Megaupload and Megashares media links.

So if you watch 5 episodes of the same show, the Recently Watched will show 5 generated thumbnails instead of just 1 for the whole series?

It'd be nicer if the TV features were more fleshed out. I'm currently looking for an XBMC replacment (mainly because it's slow) so hopefully this one will be capable in the future...

Could this be a next future for the mediaplayer?!

For example: wdtv mediaplayer supports subtitle placement
When movie is playing you can adjust subtitle
Placemant Up/Down with arrow keys.
(I think the use a overlay for the subtitle to adjust)

Closed Captioning is no longer working...grrr.

How do I use local cover art with ripped DVDs as vob files?

The beta .7 is a good update. In general, it seems more stable with IOS 4.3. However, PLEX is still not showing up in the menu unless I apply Hieta's update

The update is unstable and PLEX crashes so frequently that it is unusable for anything other than movies. If I reapply the 'update' from the atvBlack maintenance menu, then PLEX disappears from the menu once again.

Hi. This is perfect. Quick questions, any way for playlists of music? Also, for back up cloud, where does the backup reside?

how do I create a file for localized metadata

how do I create a file for localized metadata
Thanks

Now there is a music player...

Stream FLAC over NAS is a killer app!

(sorry, but I think you opened Pandora's Box here ;)

Cool :) still no support for subtitles in .mv4 files.

I would love to see a video demonstrating the current setup. I am still waiting to see a setup that would fit my needs.

Can you please support smi subtitle?

Thanks for great work!

Love the update, mp3 support was wait I was waiting for, and quicker than the current XBMC port.

Had to reboot a few times, seems to loose SMB access after abit while streaming music anyway. (Restart AppleTV option in Settings worked)

I'm getting meta data for TV shows personally, but what I tried all had iTunes meta added, not sure if this uses it.

Hope maybe a Pandora option at some point.

I updated Maintenance and Media Player and still do not see the music playing capabilities in Media Player. I see the Backup capability. I'm on 4.2.2 now, do I need to update to the latest firmware before seeing these changes?